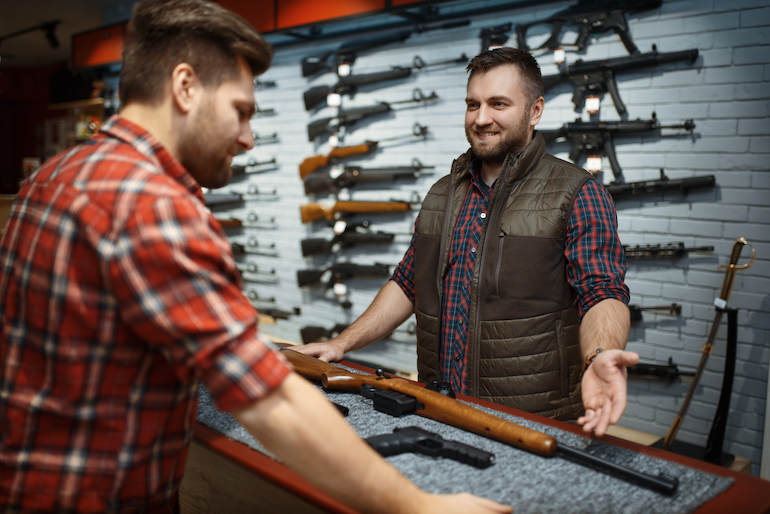 The National Shooting Sports Foundation® (NSSF®), a trade association for the firearms industry, has revised retail survey-based forecasts, estimating that almost 5 million Americans will buy a firearm for the first time in 2020. According to the National Shooting Sports Foundation's survey of weapon merchants, 40% of sales were to people who had never owned a gun before.

Based on the FBI's National Instant Background Check System, the NSSF keeps track of background checks related to firearm sales (NICS). The number of NSSF-adjusted NICS checks for January through July 2020 reached a new high of 12.1 million, up 71.7 percent from 7.1 million in January through July 2019. This translates to approximately 5 million people who have never fired a gun before the first seven months of 2020.

This is a seismic upheaval in the firearms and ammunition industry, as well as a complete overhaul of the gun-owning community today "NSSF Senior Vice President of General Counsel Lawrence G. Keane stated. "These first-time buyers reflect a group of folks who were previously unconcerned about gun ownership. This is fast changing, and these Americans are asserting their God-given right to keep and bear arms in order to defend themselves and their families.
According to NSSF surveys, African American men and women purchased 58 percent of firearms, the highest percentage of any demographic group. Women accounted for 40% of first-time gun buyers. Retailers have pointed out that they are seeing a 95 percent increase in firearm sales and a 139 percent increase in ammunition sales over the same period in 2019.

The continuous increase in firearm purchases is due to a number of causes. In March, when the coronavirus epidemic hit, sales soared, with a record-breaking 2.3 million NICS background checks done for a handgun sale. While mayors and governors vacated jails, even those housing serious convicts, police warned that response times would be put to the test. Within days, some of them were detained again for committing another violent act. Following Memorial Day, protests devolved into looting, riots, and devastation, which has continued in several major cities to this day. Sales are also being boosted by politically motivated efforts to defund police.

This is also an election year, and during presidential election years, handgun purchases often increase. This year, Democratic presidential candidates Joe Biden and Kamala Harris (D-Calif.) are calling for tougher gun laws, including forcible confiscation, banning entire classes of firearms from lawful possession, licensing schemes, and repealing the Protection of Lawful Commerce in Arms Act, which would expose the firearm industry to frivolous and harassing lawsuits.

Since March, NSSF-adjusted NICS background checks have set a new monthly record as the strongest ever recorded.