How to Practice Support-Side Shooting 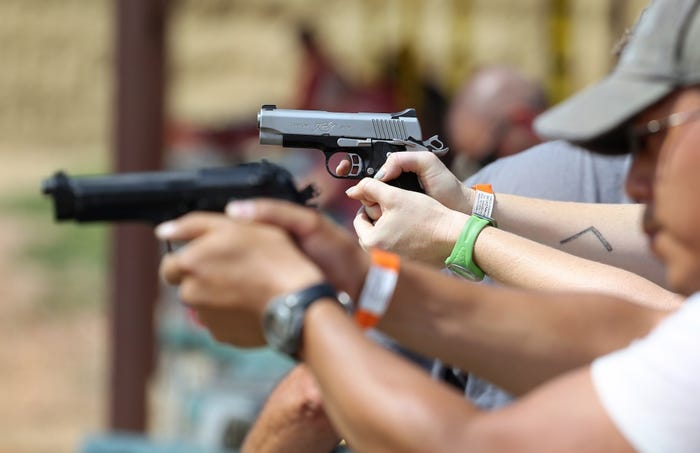 How to Practice Support-Side Shooting

"You don't have a weak hand," I recall hearing someone say. As a rookie firearms instructor, I assumed I'd be teaching it to small-­statured military personnel. I never imagined I'd have to tell myself that. Support-­side training is frequently mentioned, but how many of us have actually practiced with the support hand? I used to do it, but only on rare occasions.
To change my attitude about the matter, I needed extensive surgery on my primary side shoulder. After seeing the MRI, the doctor ordered me to return home from police duty. I had a feeling things weren't going well. He told her, "You're not going to work until I heal your shoulder." "It's a disaster, and it's worsened in the last six months."It will never be right if we don't solve it now." It was past time to listen to medical advice.
The first thing I set out to do was figure out how I was going to carry and photograph while recovering. In reality, I went with my favorite snub nose, the Smith & Wesson M&P340, which can fire.357 Magnum rounds. If a cartridge malfunctions, as many people know, simply press the trigger again and move on to the next round. There are no malfunction-­clearance drills to perform, and no reloading, despite the fact that I'd only have five bullets. I'd better make sure every round counts if I had to use it.

The second point to consider was how to carry the weapon. I didn't want to overthink it, so I went with an inside-the-waistband (IWB) holster, which I usually wear in the appendix position. I got a left-­hand version because it's supposed to be worn strongside or crossdraw. I started with dry practice from the holster, unconcealed, because I don't usually work on my draw from the left side. I did this in front of a mirror to ensure that my drawing strokes were as efficient as possible. It wasn't pretty, to be honest. My movements were all over the place. My head and torso were deafeningly deafeningly deafeningly deafeningly deafeningly deafen I didn't set the timer, but I'm quite sure I did My sluggishness was costing me at least a half-second. I slowed down and kept a close eye on myself, gradually increasing my speed until I was satisfied with the results.

I began my workouts at 3 yards from the target at the range. It was straightforward: I would draw and fire a single shot at an NRA B8 bullseye. That's all there is to it; draw and fire one shot. After about 20 minutes of this, I came to the following conclusion: shooting +P ammunition from an ultralight rifle with only the support hand is not pleasurable. When shooting with both hands, felt recoil is distributed unevenly, thus the support hand does not completely eliminate recoil, but it does help to lessen it. I didn't notice the second hand. My accuracy suffered as a result of the recoil.

Before returning to the drawing board, I returned home with a damaged ego and a painful hand. I worked tirelessly with my SIRT pistol to continuously working the muscles in my hand while running the trigger and maintaining a sight picture. With the SIRT, my favorite drill is to aim at a calendar on the wall about 3 yards away and press each square twice, working from left to right, then down one and right to left.
There are some posture tweaks that can help you speed up with one-handed shooting. Your center of gravity will be shifted forward by moving the weight of your back foot to the ball and slightly raising the heel

This allows you to quickly acquire the sights and fire the second shot. I also profited from canting the revolver slightly inboard, as opposed to solely shooting with the primary side. It was only 20 degrees canted, but it made a difference in recoil control.

My first excursion to the range after surgery went as smoothly as I could have hoped. The huge sling on my primary side made for unusual range theatrics, but I was able to execute on demand thanks to the effort I put in before the operation. When it comes to shooting with the support side, there are no shortcuts; you simply have to put in the effort.