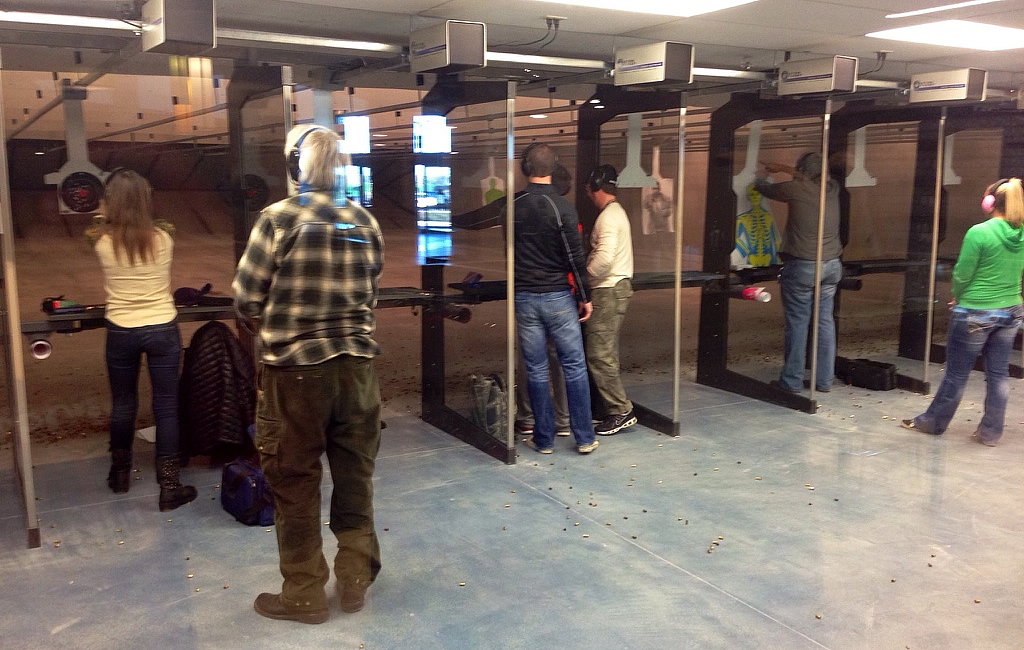 When carrying a concealed firearm in public, there are a ton of small obstacles to overcome when figuring out what’s best for everyday life. It can sometimes be challenging to figure out the best carry style when variables are always changing. Things like lifestyle, clothing, events, and traveling can all create unique challenges for the concealed carrier. Whether it’s carrying in a shoulder holster, on your hip, or appendix style, there are always certain things to work on when traveling in your vehicle. In the past, I’ve talked about carrying truck guns and how your vehicle can be a mobile personal space. Let’s face it, we spend a fairly substantial amount of time in our vehicles either traveling or in our daily commute. It’s important to look at the various aspects when carrying in a vehicle and what’s best for self-defense in the vehicle.

Appendix Style Holsters
Let’s be honest, whether you love or hate appendix style holsters, they are extremely popular on the market and probably here to stay. When traveling in a vehicle with a seatbelt, appendix style holsters are typically one of the easier guns to draw from the holster since it’s directly in front of you. There are no additional movements needed besides your regular draw that happens sitting down or standing up.

FIGHTING THE SEATBELT
When carrying an appendix holster in the vehicle, the biggest issue is seat belt placement when figuring out the easiest way to get to your gun. The first way of sitting with your appendix holster is to have the seat belt over your gun and holster This will be the fastest way to get out of the vehicle since you can just take the seat belt off and exit like normal. The issue with having the seatbelt over your holster and gun is it can be extremely difficult to get a good grip on the handgun if the seatbelt is riding directly over the handgun’s grip.

Another small issue with having the seatbelt ride over your gun is in the case of accidents. A good friend of mine got into a small fender bender and had a bruise on his stomach that outlined the shape of his M&P he was appendix carrying at the time. Having a high energy crash with your gun under your seatbelt could cause significant damage to your body where other methods wouldn’t be as problematic

The second method is just having the seatbelt ride behind your gun. This will ultimately be more time consuming when you first get into your car and when you try to exit. Every time, the seatbelt will have to be pulled out from behind the gun and brought over to let you get out. It can be a real pain in the beginning when you’re first learning because you’ll start to feel like a fish being reeled in, but over time it does get easier.

Strong Side Carry
Strong side carry or carrying on your hip is another extremely common way to carry in a vehicle. Most police officers and civilians who carry an IWB holster will often carry strong side. It’s not a bad way to conceal carry in a vehicle either but does take a bit more practice than the other styles. The hardest part of carrying on your hip in the vehicle is being able to quickly draw if there’s ever a threat. The easiest way to draw is to straighten your legs out and turn your body 25-30 degrees so you get a straight body to draw from just like you were standing up.

It may feel awkward practicing the first few times, but after a while, it does become easier to draw from your hip inside a car. Carrying on your hip does require dealing with the seat belt most of the time as well. There’s a number of different ways to draw with the seat belt still on but my advice is to unclick it with your off-hand while your drawing with your strong hand. This sets up a couple of things for the shooter in a self-defense situation.

First, it gives you the ability to have more free range of motion without the seatbelt constricting you or locking into place when you’re moving around. The second thing it does for the shooter is it lets you get out of the vehicle if you need to move to cover or get something in front of you and the bad guy. Seat belts are amazing tools that save lives daily but are some of the most annoying parts of concealed carrying inside a vehicle.

Shoulder Holsters
One of the best options for concealed carrying inside a vehicle is being able to carry in a shoulder rig. Now I know I have the majority of my younger readers scoffing and ignoring what I’m saying right now but it’s great for a few different reasons. First, there’s no seatbelt to fight most of the time and its one of the fastest ways to draw from your holster when sitting down. Second is you don’t have to retrain your body to move a seatbelt or change your lifestyle. You simply get into your truck and drive without focusing on the seatbelt or how to draw.

If I had to talk about one downside shoulder holsters have its the fact you need layers typically to conceal a handgun. With the exception of John McClain from Die Hard, I don’t typically see people rocking a T-Shirt and shoulder holster inside the vehicle. Layering up will help conceal a handgun but will also make it harder to draw the gun in certain situations. It isn’t always possible to layer up if you live in south Florida or warmer climates.

Overall Thoughts
When trying to decide what the best way to carry in a vehicle, there’s a number of factors you need to look at before deciding your carry style. The length of the trip and what you plan on doing after is extremely important. If you plan on going on a cross country trip, I would suggest something comfortable like a shoulder holster and a cover garment. If it’s just every day carrying, I really suggest carrying how you normally would. I wouldn’t completely change my style of carrying just for vehicle carrying, but instead, take a few minutes each week to do practice draws in your garage or driveway.