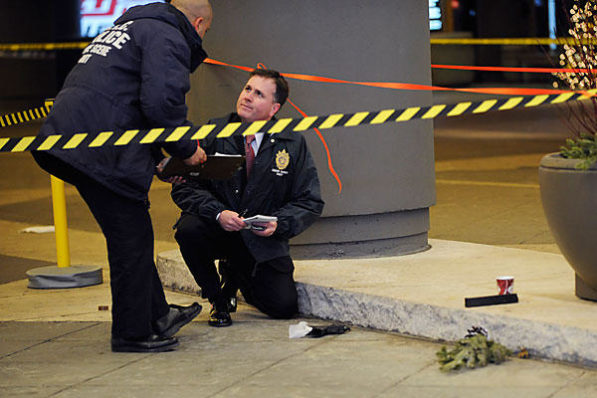 As the anniversary of the Newtown shooting approaches, the usual gun control advocacy organizations are gearing up their propaganda campaigns to try and convince us that guns make us less safe, and that the only “common sense” solution to the “gun violence epidemic” is gun control. But as we’ve proven time and again here on this website (and cataloged for you in our Gun Facts section), that’s just not the case. Every claim that gun control advocates make trying to link the existence of guns to violence falls flat on its face when you add a splash of context and some verified numbers. But in preparation for this weekend, I wanted to bring together some of those hard and fast facts, based on verified numbers from the U.S. government (rather than surveys or flawed studies), that illustrate the truth about guns and violence in the United States. This way you’ll have a single post to link to when you come across one of these pro-disarmament articles . . .

Gun Ownership On the Rise:

Over the last decade, the number of guns being purchased in the United States has skyrocketed. Just over the last two years, there really hasn’t been a month where the NICS checks (the background check required to buy a firearm from a firearms dealer) has dropped under a million checks per month. The NSSF tracks the number of NICS checks reported by the FBI, and while the numbers are slightly lower than last year around this time (artificially high due to Obama’s re-election) sales are still through the roof. And that doesn’t even count the number of new (factory fresh) gun sales in states where a concealed handgun license exempts the holder from having to pass a NICS check, such as Texas and Virginia.

Ruger is shipping over 1.2 million firearms this year, and that’s just one gun manufacturer — and not even the largest one. Some companies have backlogs of gun orders that will take them up to 2 years to fill, and when those guns do hit the market they’re quickly sold out in stores. Even without the new sales, guns are “durable goods” which means that they last a long time and the existing number of guns in the United States is (by some estimates) enough for eight guns for every ten people in the country.

All this is to say that guns are prevalent, and more guns are being sold every year in this country. The standard cry from gun control advocates is that more guns equals more death and more crime, so if their assertion is correct we should see a direct correlation between the number of guns being sold and an increase in the death rate in this country. But the numbers say otherwise.

Firearms Related Deaths On the Decline:

If the gun control activists are right, then more guns must equal more crime. However, even in this graph that shows the overall homicide rate in blue and the firearms related homicide rate in red, you can clearly see that the phrase “steady” is the worst you can use to describe the current state of affairs in the United States, and the phrase “decline” might be more appropriate for the years since 2005. These numbers are from the U.S. Government Center for Disease Control, which tracks all deaths in the United States, and I personally pulled them yesterday when researching this article. .

Gun control activists constantly clamor that there’s a “gun violence epidemic” in the United States, but the numbers don’t reflect that statement. In fact, the argument could be made that as the firearms ownership rate increases there’s a correlation to a decline in the murder rate. So perhaps, more guns equal less crime? That’s the position taken by a recent study from Virginia that showed a decrease in violent crime as the number of firearms being sold increased, and while it’s an interesting possibility there’s no good way to decisively prove it. On the other hand, this data does decisively disprove the gun control hypothesis that “more guns = more crime.”

To give you a little context on where these crime rates are compared to historical data, take this chart which shows the murder rate over a much larger period. The last time the United States was this peaceful was 33 years ago, according to the CDC. The United States has seen a decline in the murder rate ever since the peaks of the 1990s, and yet the gun control advocates claim that there’s now a “gun violence epidemic.” I’m not buying it.